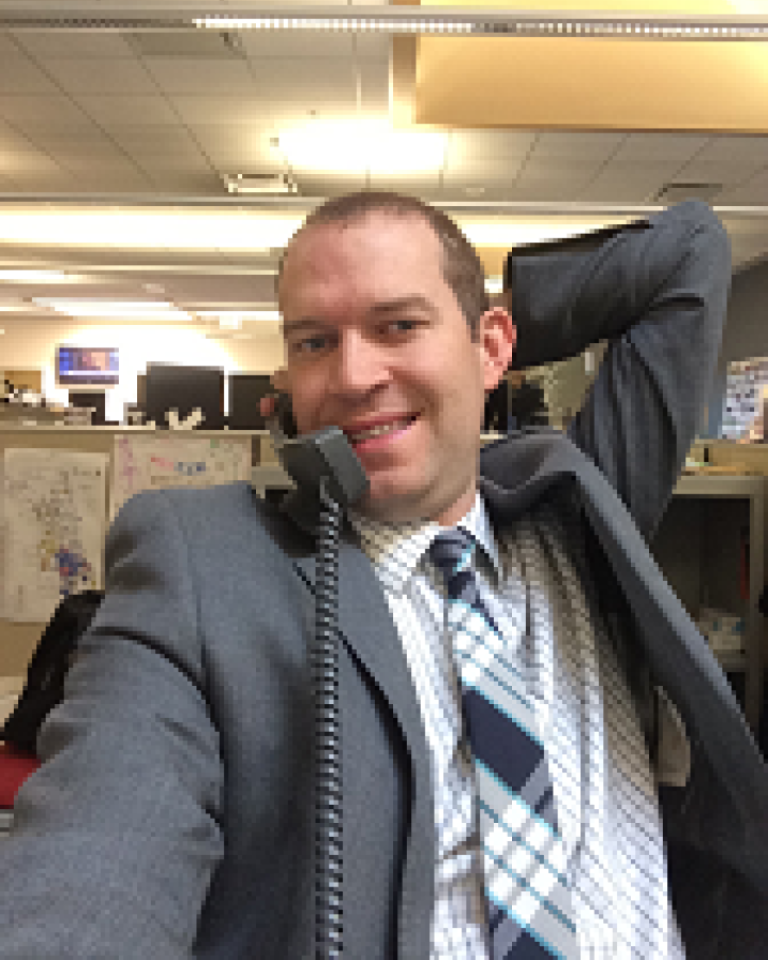 A: It was a rich experience full of vibrant conversations with faculty and many long nights spent researching at KU's libraries and archives. It also included a couple of years of full-time participation at the student-run radio station KJHK, deejaying shows, doing production work, etc.

A: I'll never forget the day at the University Archives when I stumbled upon old KU yearbooks from the early 1920s with photos showing a most unusual halftime show at football games. The long-forgotten "Ku Ku Klub" consisted of dozens of students parading around the field dressed in full white hooded Ku Klux Klan-regalia. Despite KU's reputation as an open and inclusive institution befitting its heritage as a Free State, the yearbook photos offered a far more complicated portrait of the university's racial history. This became the cornerstone of my research into a fairly obscure jazz musician named Walter Page who later became a pioneering bass player in Count Basie's Orchestra in Kansas City. Page, who was one of the few African-Americans to be enrolled at KU during this time, received invaluable musical training at the university. But as the Ku Ku Klub photos demonstrate, it was not a very hospitable environment for blacks during this time and Page only stayed at KU for two years.

A: Take as many interesting electives as you can across departments. I still remember taking eclectic classes like The Samurai in Japanese Culture, Jazz on Film, etc., that stretched my imagination and expanded my field of vision. Find the adventurous professors doing thoughtful work and get to know them better. Take advantage of the vast archives and libraries on campus. Try something new (like KJHK) while you have the creative time and space to do it.

A: All the time. As a journalist who frequently contributes to NPR and other public radio outlets, many of my stories involve original research intended to illuminate compelling stories from the past that are relevant to the present. Also, the writing and editing skills I picked up under the tutelage of esteemed professors continues to guide me to this day. The same curiosity that was sparked by countless lectures and discussion groups served me well in the decade I spent in New York City and continues to be the driving engine of my current work in Chicago. In fact, one of my long-ago research papers recently led directly to a story on NPR.

A: With apologies to Faulkner, "The past is never dead. It's not even past." Pay attention to current events and let your naturally wandering mind do the rest. Often, the most powerful question is "how did we get here?" Read nearly everything you can that's been written about your subject, but don't stop there. Dig deeper for primary documents and find real people who lived through certain events and interview them firsthand. Don't be shy. Finally, have fun.