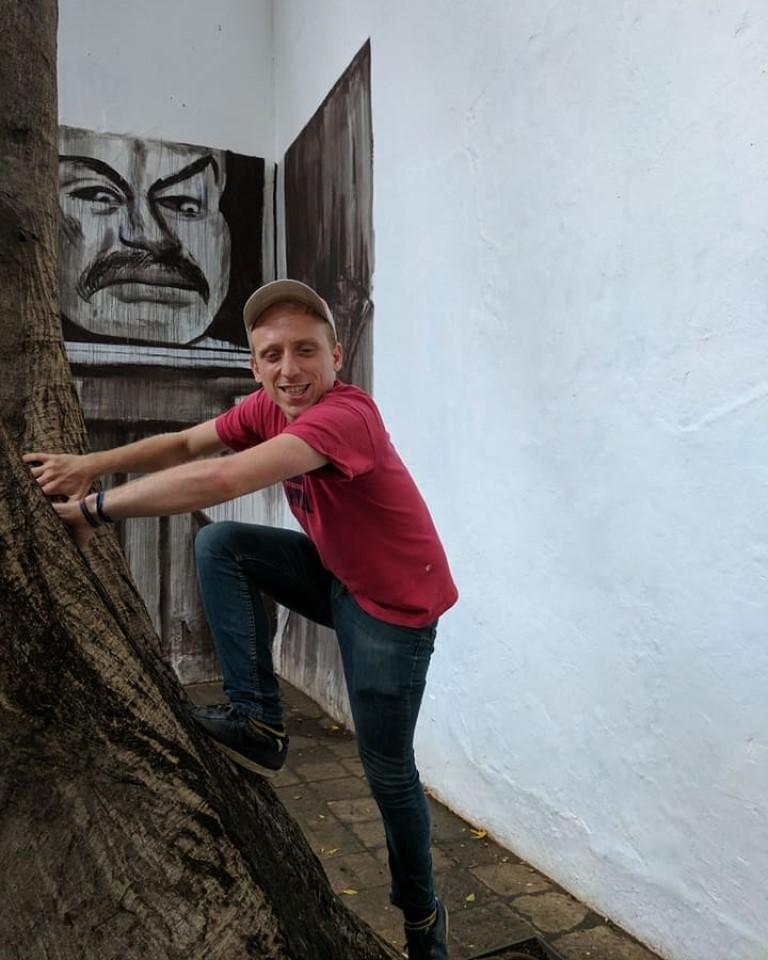 Research mentor while at KU: Peter Haney and Bartholomew Dean and Nina Kinti-Moss

A: I wrote a research paper in my senior year on the difficulties faced by Ecuadorian Kichwa speakers in the American immigration legal system. I depended entirely on the help of Peter Haney, Nina Kinti-Moss and Bartholomew Dean. I spent too many hours in Watson working on that paper -- but it paid off, as I got it published in the KU undergrad journal.

A: My experience working on that project helped immensely in both of my post-graduation jobs: One, as a caseworker at a shelter for refugees in Austin, Texas, and two, as an immigration journalist at the Texas Observer.

A: Go for it. I thought I wouldn't get the research award. I felt like I didn't have a lot of experience honestly -- I felt pretty unqualified. But then I got it and it worked out really well.

A: Yes! By just giving myself time to research the project deeply, I learned things that ended up being more useful than I ever could have anticipated. Namely, knowledge of the working of our immigration court system.

A: I mean, I'm speaking from a place of relative privilege here. But, I just kind of insisted on finding a job that aligned with my values. It was at a shelter for immigrants and refugees, and it didn't pay squat. I know that may not work for everyone. But what happened was by doing that I met really interesting people and did really interesting work, and when I decided to pursue a career in journalism -- a field I took zero courses in, by the way -- my experience at that shelter turned out to be the key. I had in-depth working knowledge of an important system, and that both impressed the editor who first hired me as an intern and later as a staff writer, and gave me a topic I could credibly write about. That said, none of that was a coherent plan.  I just didn't want to go into some job I hated (once more, I just want to recognize that taking a very low-wage post-college job may not be an option for all).