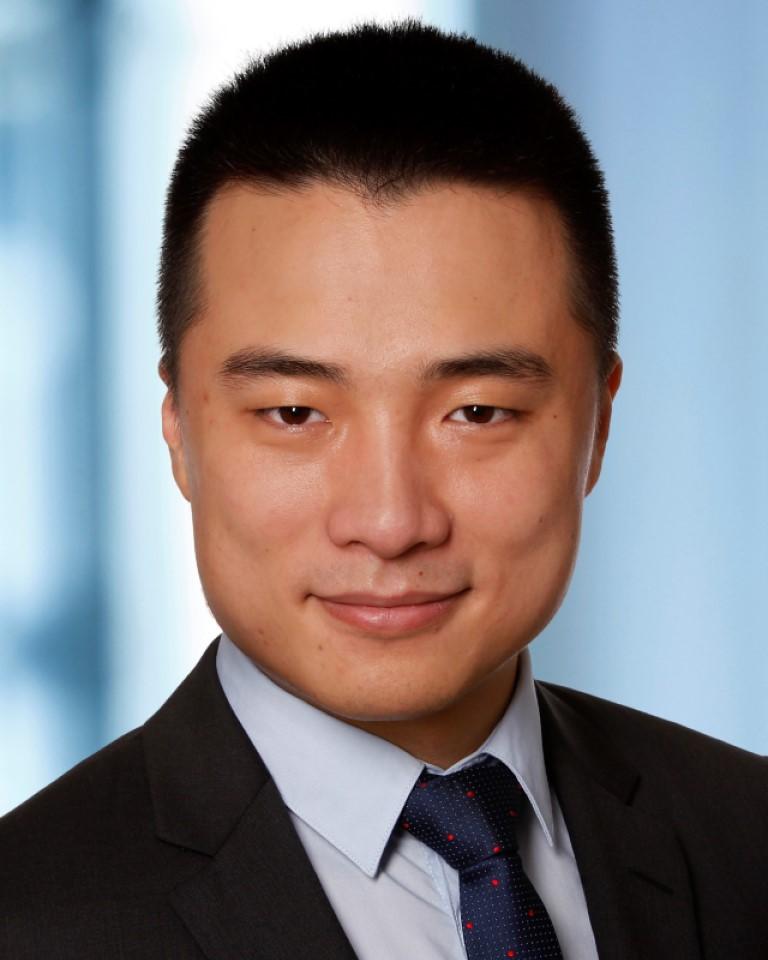 A: Under the mentoring of Dr. Kenneth Fischer, this research project tested a hypothesis of Dr. Larry Martin’s (Professor of Ecology and Evolutionary Biology at the University of Kansas) that the eye socket structure and opening for the optical nerve in the skeletal remains can be used to accurately determine the natural head angle/position for a range of extant animal species. The first step of the project was to test the validity of the aforementioned hypothesis through digitizing extant animal skulls. Once the digital models of the skulls were established, for each animal skull, the centers of the eye optical nerve openings and the centers of the eye sockets created a plane. The second step was to set this plane parallel to the ground, and superposition the pictures of the corresponding animal's known most natural position onto this digital model; deviations between the picture and the digital model were observed. No significant deviations were found for the animals digitized during the time of research, preliminarily proving the hypothesis. The results were presented at the Undergraduate Research Symposium. Further research could more conclusively prove the hypothesis and as a result, applying this finding to determining the natural head positions of the already distinct animals. The implication includes helping us in understanding what these animals looked like, and potentially infer their behaviors as well as the effect of environmental change on their body structure.

A: As an undergraduate researcher, I was exposed to the methodology of science work. Skills and ways of thinking learned during this project became the first cornerstone in building my professionalism. Participation in research activities relatively early in my academic career made me better prepared for future challenges, whether in my study or work.

A: Although it is important to be able to work on a project that is aligned with your interest, I would highly recommend finding any research project that you can get your hands on, for the methodology used is the same in all research activities. The observation and learning of the methodology outweigh anything else. Being able to experience and gain these skills will set you apart from the rest of the student body and prepare you for whatever you are interested in doing, be it academic or in the field.

A: Yes. Under the careful mentoring of the two professors, I was able to mature from a young student who had been only exposed to the world of study-exam, to a young professional/researcher that can approach real-world problems that have not been dealt with before, with confidence and thorough planning. The undergraduate research program has been the first step in me becoming a true professional. The scientific way of thinking and approaching problems have made me successful in my later studies and work.

A: Indeed, having lived on three continents and went to universities on two I understand the world and the choices it offers can be overwhelming. Here I would like to quasi-quote a professor in psychology. He said metaphorically we can understand the world as being composed of the known and the unknown, just like the Yin-Yang symbol. He proposes that the best way to approaching the world is having one foot in the known and the other discovering the unknown. Time is a limited thing. While you are young, do not be afraid of the chances the world is giving you. Go out there and create life and character, but always make sure to keep one foot in the known, strive for that balance. Once you've built your character and your understanding of the world, the answers to the question of direction will come automatically.