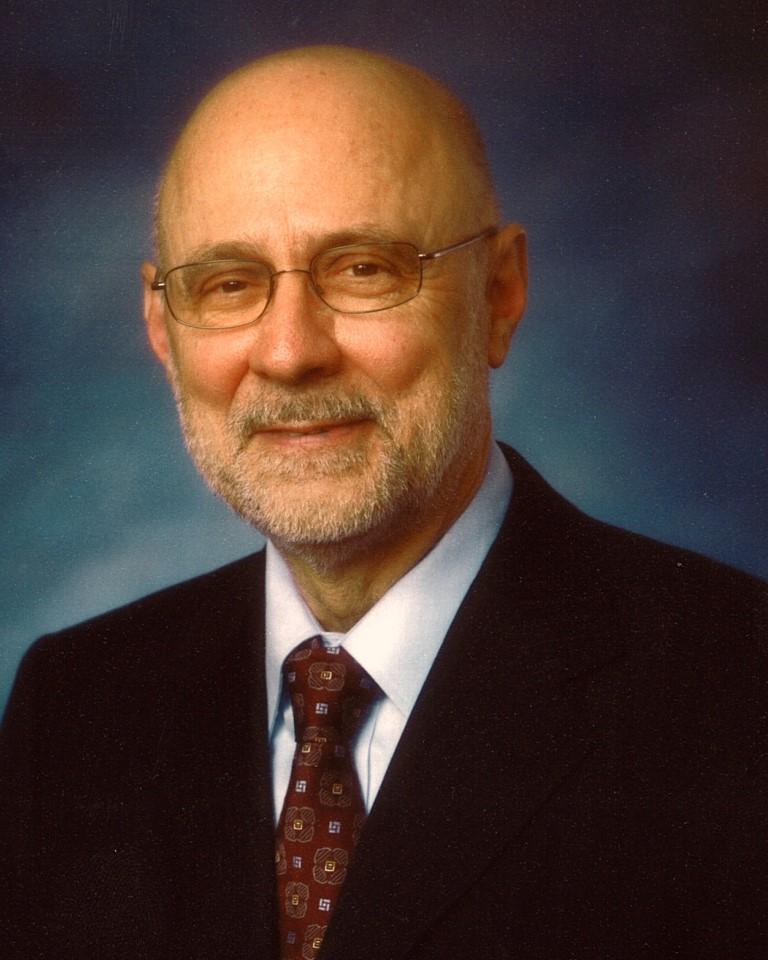 Q: Describe the undergraduate research experience that you had while at KU:

A:  I programmed the first computer, an IBM 650, at KU, from 1958-61, for the High Temperature Chemistry Research Group led by Dr. Paul Gilles.  In the spring of 1958, my freshman year, Paul asked me to “go to the library and find out about Gauss’ Least Squares Method and then learn to program this new machine called a digital computer.”  So I did.  Of course, the work was much more than simply programming (in machine language—there were no shortcuts then); it also included learning enough mathematics to devise algorithms, which I then programmed.  Paul’s group had many nonlinear least squares problems to solve.  Perhaps the most difficult problem was different: it required the solution of some nonlinear integral equations for Dr. Sherwood Rowland, who received a Nobel Prize after he had left KU.

My undergraduate research involved many additional KU people.  In 1957-1958, I took Honors Calculus from Dr. G. Baley Price (We heard a lot about Sputnik that first fall).  Dr. Price turned out to have been the person most responsible for obtaining NSF funds for the IBM 650.  My Mathematics mentor, Dr. George Springer, recommended that I consider several schools for my Ph.D. work; I chose Wisconsin and worked in Numerical Analysis, where I discovered that nonlinear least squares calculations, which are iterative, usually diverge rather than converge!  The (probably only) reason that I had been so successful with Paul’s calculations was that the experimenters in his group had excellent ideas of the solution and so the initial approximations were much more accurate than usual.   I was in KU’s inaugural Honors class and my Advisor was Dr. Francis Heller.  Dean George Waggoner and Dr. Heller led my Western Civilization section.  From them, I learned to be as broad as possible.  In 1958 this enabled me to carry out Dr. Gilles’ library request, as well as to become technical enough to solve computing problems for his group.

A: As related above, I learned to be persistent in research (It isn’t called "re-search" for nothing).  It was OK to have difficulties; these were challenges to be surmounted.  The other major thing that I learned from Paul and his group was that, even in 1958, real science was accomplished by teams.  I think my undergraduate minor of Sociology helped me appreciate this.  Paul’s group had weekly seminars in which everyone, in turn, talked about their research.  Mathematicians at that time were portrayed as being loners, but as an Applied Mathematician I was a notable exception.  Building on my KU background helped me, as a faculty member at the University of Utah in 1974, to create a new subject, Computer Aided Geometric Design (CAGD).  In this effort I married my team’s applied mathematics with the newly discovered Computer Graphics. I always have included everyone relevant in my teams, so my group included all but one of the females who received a Ph.D. in Mathematics at Utah during my time there.

A: In the spring of 1958, I made 100% on all the exams in the standard freshman Chemistry class.  I am sure that Paul knew about this, although he hadn’t taught that class.  So doing well in a class is a start towards impressing a faculty member.  The other key ingredient is one’s interest in helping with the faculty’s personal research program.  In my case, I learned to do something no one in Paul’s research team could do.  In general, it’s sufficient to show that you can add value to the faculty member’s overall research/scholarly interests.

A: My career has had two parts: science and then research administration -- both influenced by my undergraduate research experiences at KU.  My science career is sketched above.  After my Ph.D. at Wisconsin in 1964 and 22 years as a faculty member at the University of Utah, I went to Arizona State University as Chair & Professor of Computer Science in 1986.  After 5 years, I became the Vice President for Research at ASU, followed by a return to KU in 1997 in the same position, until 2004, then a couple of years of the same at the University of Texas System of 15 universities.  I have often said that the only administrative position that was attractive to me was research administration.  At both ASU and KU, federal research expenditures, a surrogate for actual research in some fields, was in the doldrums, but they more than doubled in a few years under my administration and, in fact, they led the Nation in rate of increase for a couple of years.  To achieve these results, I engaged entire campuses in the research mission.  My biggest single administrative accomplishment was engaging some 30-40 universities/university systems, representing 20% of the Nation’s federal research expenditures, in a UT System bid for the Los Alamos management contract (We lost; there were politics).  As a VPR, I knew that in order to prosper the Nation’s science enterprise must involve underrepresented minorities more fully.  Retiring from the UT System in 2006, my wife Marigold Linton and I decided to help the Society for the Advancement of Chicanos and Native Americans in Science (SACNAS), in my case with major projects and with Science Policy, a new enterprise for SACNAS.  In all my administrative pursuits I have followed the example from Paul Gilles’ seminars of building teams.

A:  We teach the following in the SACNAS Leadership Institute:  Each of us leaves a personal legacy and a professional legacy.  It is never too early for undergraduates to think about the legacies they wish to leave many decades from now.  I wish that I had thought about this earlier in my career, so I could have been more deliberate in addressing the possibilities.  My professional legacy has been to leave a record of successes and collegiality, both of which can be traced back to my undergraduate research experiences.  It would be hard to find a stronger advocate for undergraduate research than I.